The Great Hug - The Best Fun! 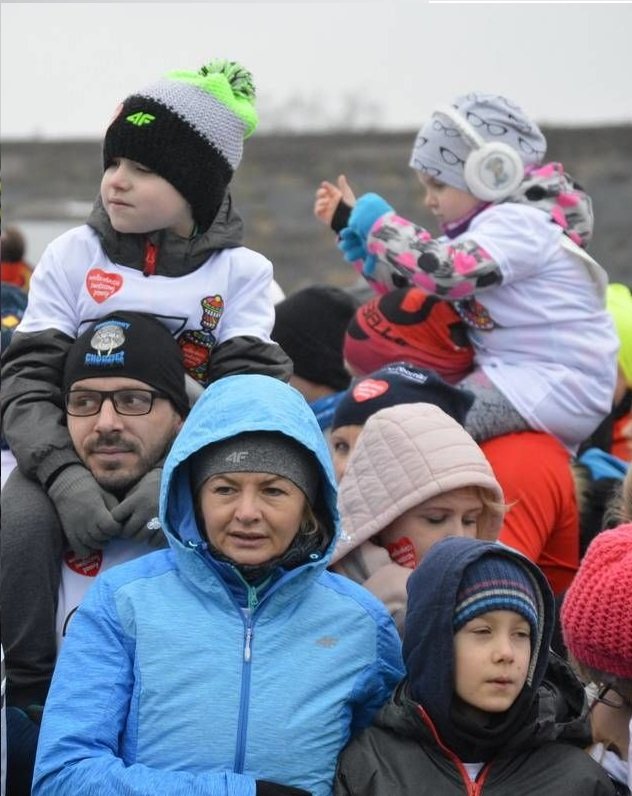 Wondering if it's worth to do a Great Hug in your area? It definately is and for many reasons. Because it's easy to organize, really fun, gives you a lot of warm feelings, and from 2020 ... it can win you a PRIZE!

The idea of our agenda is pretty straightforward. The Great Hug's goal is to squeeze the biggest amount of people into a Heart of 20 square meters surface (circa), that is painted on the ground. But where did that come from?

The Great Hug was coined in 1999 by Krzysztof Rybka from a satirical-artistic group Kompania M3. The first Hug on the Final of Wielka Orkiestra Świątecznej Pomocy  took place in the year 2000 in Torun. It was then, that the group Kompania M3, gave it away to the Orchestra.

In years 2004-2018 the Hugs had been organized only in Torun and their conception remained thanks to the work of the Master of Ceremony of Torunian Hugs - Michael Nachu Nachson. It was him, who led the agenda until...

The Great Hug - a worldwide event!

In January 2019, for the first time, The Great Hug spread across Poland. It was also organized in some foreign comitees. After this success, the head of the Orchestra Jurek Owsiak decided that the Great Hug should be one of the key events during the Finals of GOCC around the world. In addition to this, every city, small town, village in which the most people will be hugging will receive a special award. This will be either extra equipment for a local hospital or a cup (for specifics - see Handbook). You're probably thinking how to attain these? Just read on.

Only the Comitees which organize the Hug according to the Regulations and rules listed in the Handbook can compete for the rewards funded by GOCC. That's why you should read it carefully. In case of any further inquiries write a mail or call our Coordinators.

As we've mentioned, since the 28th Final in 2020, we will be doing Hugs all over the world. They can be organized in every place where there is a local GOCC Comitee. Foreign Hugs will be competing for a Big Hearts' Cup granted directly from Jurek. But let's not limit our Hugs only for the Polish.

We're open for other nationalities!

We're doing this to show that you do not need to be Polish in order to hug wholeheartedly in a heart! If your friends from the country you live in want to organize a Hug - we welcome you! We also ask you to make them feel how warm the hearts of the Polish are.

Show everybody how Poland can help those in need!

They can give you a hand

Additional advice for organizers of foreign Hugs - Polish and Non-Polish speaking - will be given to you by our World Coordinator - Jarek Jaworski. The Coordinator for Polish Hugs is Jarry.

Let's do it then ladies and gentlemen!